Manga about novelist who loses her friend debuted in January 2019 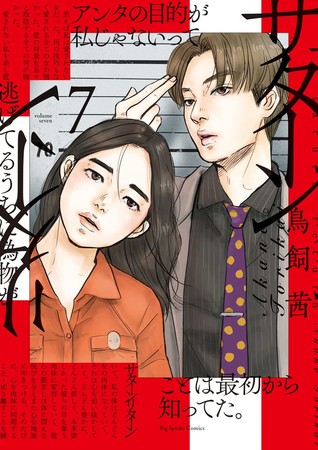 The story follows Ritsuko Kaji, a novelist who is having trouble writing. One day, her most trusted male friend Aoi asks her if this is truly what her life is. When Ritsuko wakes up to a phone call, she discovers that Aoi has committed suicide. The life of “loss” that she had always turned away from begins to move…

Torikai made her debut as a manga creator in 2004. Her works include Sensei no Shiroi Uso (Teacher’s White Lie), Jigoku no Girlfriend (Girlfriend from Hell), Mandarin Gypsy Cat no Rōjō, and Romance Bōfūiki.

Update: The manga will take a break in the 47th issue, and will end in the 48th issue on October 31. The eighth volume will ship on October 28, and the ninth and 10th volumes (the final two volumes) will ship in early spring 2023. Source: Weekly Big Comic Spirits issue 46