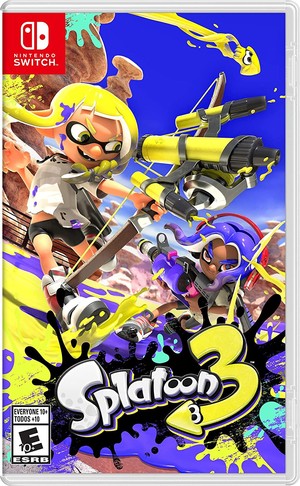 The Shinso-gumi Virtual YouTuber group issued an apology on Sunday for “violating a video streaming platform’s regulations.” The context behind this vague admission of wrongdoing is… a doozy.

Shinso-gumi member Ikinone Tomeru was streaming the Splatoon 3 video game on Saturday alongside independent VTubers Kikaze Kimiko, Shigure Mito, and Hinachun. However, it wasn’t exactly an innocent stream. The VTubers were playing the Turf War mode, filling the screen with ink, and then using a chroma key to play pornographic videos through the ink.

As a direct consequence of their actions, AVスプラ (“Adult Video Splatoon”) started trending on Twitter, but the streamers themselves faced significant backlash. Shigure Mito, who proposed the idea, was banned on YouTube midway through the stream. The participating VTubers already had a reputation for discussing sexual content openly on their streams, but even their fans agreed that violating YouTube and Nintendo‘s terms of service was a step too far.

Nevertheless, Shigure Mito was unrepentant, tweeting: “Listen up, haters. No matter how many of you block me or send insults my way, I’ll just laugh and let it pass. But I won’t stand by and let you cause trouble for the people who appeared on the stream and the companies that cooperated with us. If you don’t like that, you can go ahead and block me.”

Update: Shigure Mito deleted the above tweet on Wednesday and wrote the following apology: “I apologize for my actions against public decency in my October 8 stream and my inflammatory tweets. And I deeply apologize for the inconvenience I have caused to the various people involved. I have also deleted the tweets in question.”