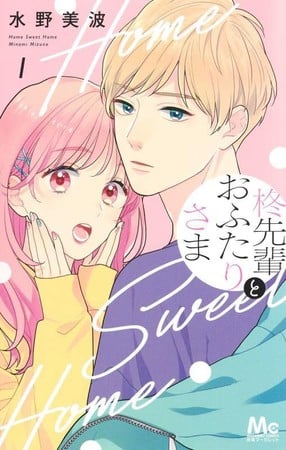 Manga creator Minami Mizuno revealed on Twitter on Thursday that her Hiiragi-senpai to Ofutari-sama (Together With Upperclassman Hiiragi) manga will end with its next chapter.

Mizuno launched the manga in Shueisha‘s Bessatsu Margaret (Betsuma) magazine on December 13. The manga centers on Moemi, who, because of a certain incident, ends up living with her upperclassman Hiiragi. At school, Hiiragi is famously handsome, and he seems nice, but he has a somewhat mysterious side.

Mizuno ended the Koi o Shiranai Boku-tachi wa (We Who Know Nothing of Love) manga in Betsuma in May 2021. The manga began with a one-shot in Betsuma in January 2018, before launching as a full serialization in June 2018. Shueisha published the 11th and final compiled volume in June 2021.

Mizuno launched her Rainbow Days manga in the February 2012 issue of Bessatsu Margaret, and ended it in March 2017. Shueisha published the 15th and final compiled book volume in April 2017. The manga inspired a drama CD that Shueisha bundled with a limited edition of the seventh volume in October 2014. The manga then inspired a television anime that premiered in January 2016. Funimation streamed the anime as it aired in Japan. The manga’s 13th volume then bundled an original anime DVD in September 2016.