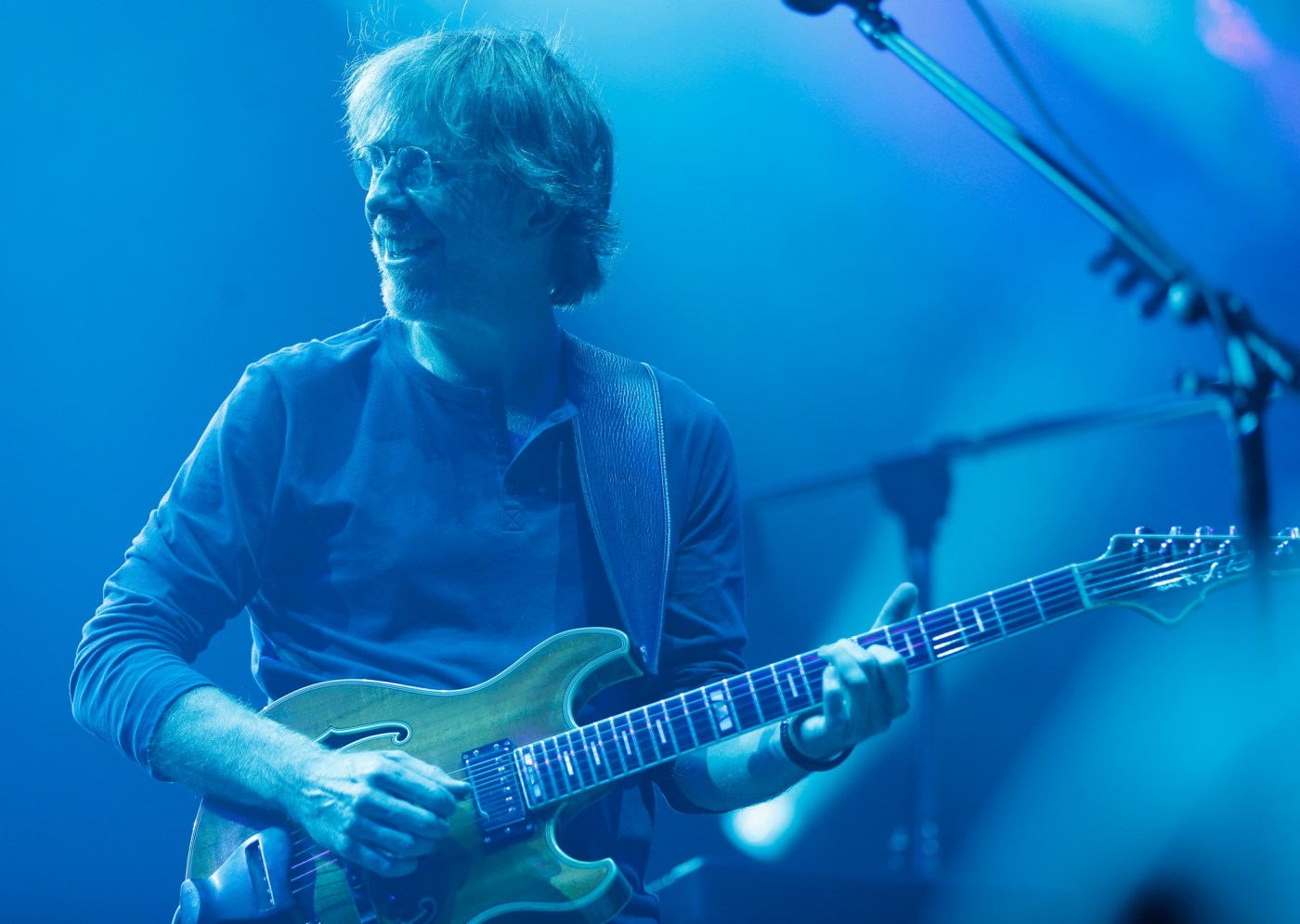 The four jam-band titans — vocalist-guitarist Trey Anastasio, bassist Mike Gordon, drummer Jon Fishman and keyboardist Page McConnell — only got as far west as the Denver area, where they once again set up shop for multiple nights with their annual Labor Day weekend run at Dick’s Sporting Goods Park.

While “Phans” (Phish speak for fans) wait for the band to hopefully announce some West Coast dates in 2023, they can focus on the next best thing: the Trey Anastasio Band (TAB) on tour, which lands at UC Berkeley’s Greek Theatre on Oct. 8.

And, of course, there’s the bandleader himself — who is a really solid vocalist and ranks among the greatest electric guitarists in rock ‘n’ roll history.

Anastasio will likely always be known first and foremost for his work with Phish. Yet, he’s also put together a hugely impressive catalog outside of the band, releasing more than a dozen solo albums and collaborating with such artists as Dave Matthews, Herbie Hancock, Carlos Santana, Toots and the Maytals, B.B. King and the Roots.

Anastasio is also part of the super group Oysterhead with Les Claypool of Primus and Stewart Copeland of the Police.