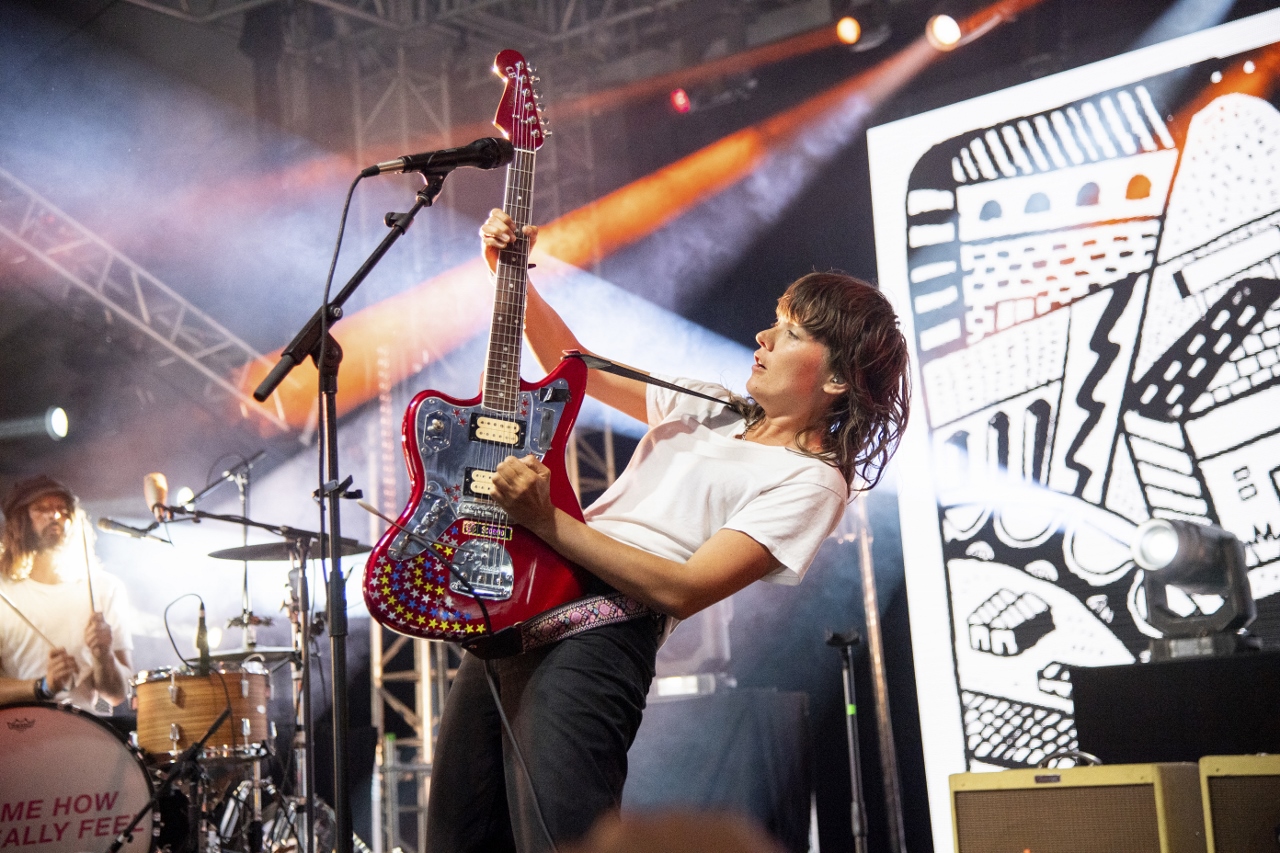 The Australian artist Courtney Barnett has earned stacks of raves for her thoughtful, emotive and hard-edged songwriting. But if you’ve read any interviews with her, there are also five words you’ve undoubtedly come across: “the notoriously shy Courtney Barnett.”

“I’ve seen that as well,” she said in a Zoom interview this week. “I think I used to be more shy but in reality, I think I’m just a naturally quiet person and I used to make an excuse of it, saying that it was shyness and social anxiety. But I think it’s really just me, it’s my personality, and I’ve come to accept that it’s a fine way to be. You take some time and experience and you make some mistakes, then you come up with some solution.”

When she came to the East Coast last fall, she had to cancel a series of shows including one at the Wang Center, saying at the time that one of the band had tested positive for COVID.

“That was me, and it was a real bummer. It’s really felt nice to be back on the road.”

And she’s made up for lost time: Along with her show at the House of Blues Sept. 12, she played the Newport Folk Festival last month. She also curated the Here & There Festival, which wrapped up last week after a handful of diverse shows, including one in North Adams last month.

“That began as a dream of mine, where I would invite some friends along and we’d do some songs together. But we wound up casting it wider and invited some people that I didn’t really know that I was a fan of, so it became really special. I got to do songs with Waxahatchee, and with Sleater-Kinney. We did ‘Physical’ by Olivia Newton-John, a little tribute. It was fun to just make music together, not worrying too much about whether it worked or not.”

She’s also promoting a recent film, “Anonymous Club.” Directed by her friend Danny Cohen, it’s one of the more revealing rock documentaries in memory. It catches Barnett at a darker time in her life, wrestling with self-doubt and isolation on the road.

“The only goal was to document that tour, but the story revealed itself over time,” she said. “When I watched it, I was horrified and terrified at what it was and what I was about to release into the world; I really second-guessed it. But there is something liberating about being that honest, even if it’s something that scary. I feel like I was hiding a little part of myself so it’s nice to feel that, well, it’s out there now. And I think seeing it made it easier to process and move on from some of those thoughts. So it was a real learning experience.”

The film ends with her starting work on the current album “Things Take Time, Take Time,” which turned out the softest and most romantic of her three albums.

“It is definitely a falling-in-love album. Lots of things can inspire songs. It can be feeling some emotion, even bring in a new environment or situation, soaking up some interesting experience. I think I was feeling love in general, for people and for friends. I had been at such a low place in my life, so it went through a journey of becoming something totally different. In the end I chose to focus on the joy. When I write songs I don’t want to waste a single word, or even a syllable, because they all matter.”

In one of the film’s more vulnerable moments, she’s shown just before going onstage, wondering if the audience secretly hates her and her music.

“I still feel that way every now and then. But I think I have gotten better at minimizing that voice in my head — I hear it but I don’t believe it. Or I hear it and think it might be possible, but I’m not going to let it ruin my night.”