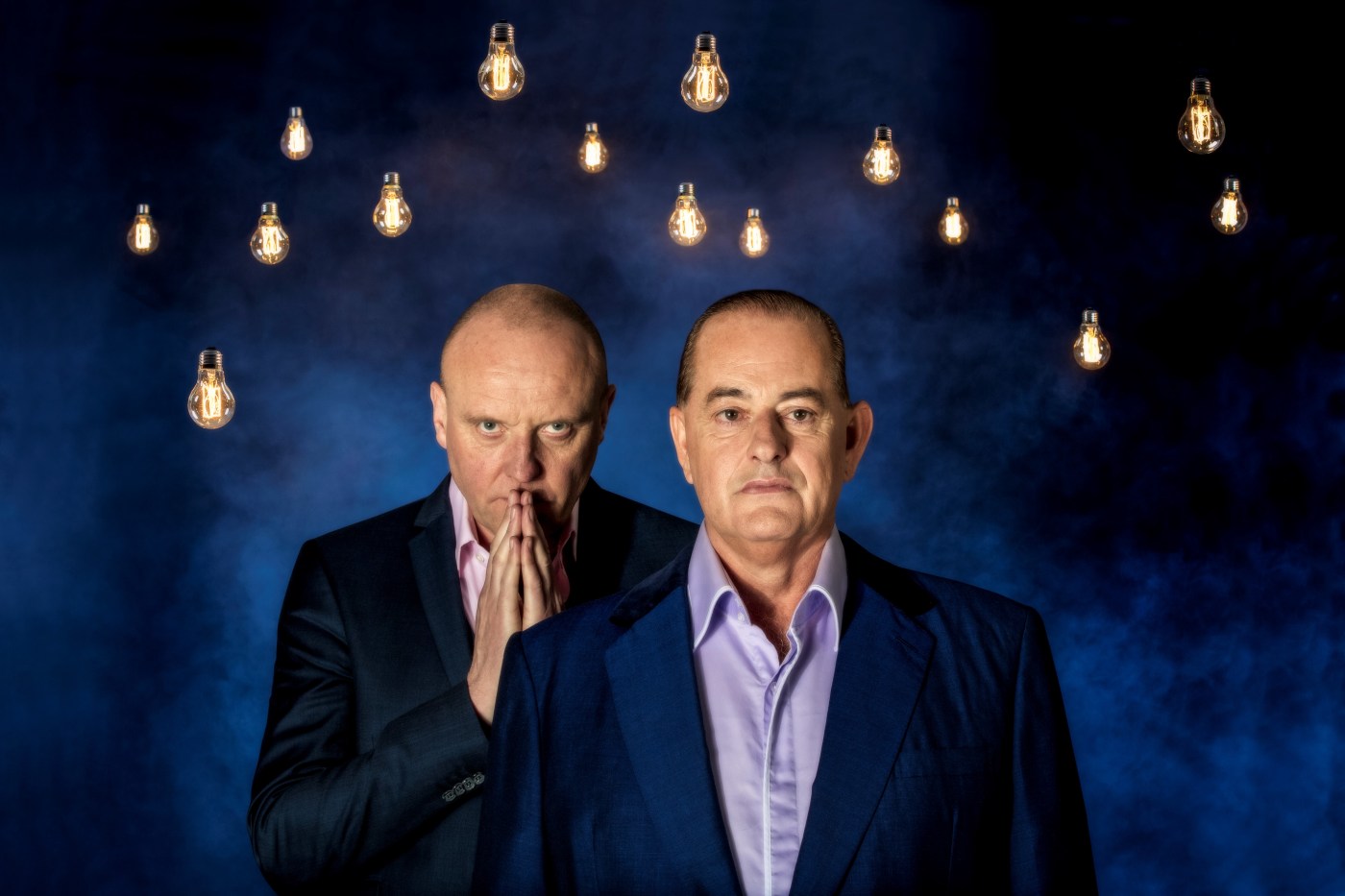 Earlier this week, Heaven 17 member Martyn Ware was watching the royal ceremonies in the U.K., when he spotted a protest sign that read “We Don’t Need a Monarchy.” As the writer of an ’80s hit called “We Don’t Need No Fascist Groove Thang,” he could relate.

“I’m not a monarchist at all, and I’d say Britain is a dark place at the moment, so that song is more relevant than ever,” Ware said. “Our music was always an expression of our personal interests, which were soul music, politics and looking at human relationships through a different lens. If you’re writing a straightforward pop song, everything has to have some intellectual depth to it; that’s how we viewed it.”

One thing Heaven 17 didn’t originally do was play live; their current tour (which hits City Winery Sept. 18) is the first full U.S. tour in their four-decade history.

Heaven 17 was formed in 1980 after founding members Ware and Ian Craig Marsh made an unfriendly exit from one of the first synth bands, the Human League. Soon afterward, the latter band hit big internationally with the single “Don’t You Want Me” — which didn’t go unnoticed in the Heaven 17 camp. “It was a complete arms race, like Russia and America,” Ware said. “We were like the revenge band, determined to be more popular than the Human League. We were determined to get our records out as quickly as possible and to be as commercial as they were, if not more so.”

One game-changer was an album that Heaven 17 recorded under its studio alias as B.E.F. (British Electric Foundation), with all-star remakes of ’60s and ’70s tunes. Among the guest singers was Tina Turner, who was just beginning to revitalize her career. But Ware reveals that Turner only came in when their first-choice singer made some high demands.

“The idea with B.E.F. was to create a mini-Motown where we’d have multiple identities. The album was nearly done and we’d come to the last track, which was ‘Ball of Confusion’ and we’d gotten James Brown lined up to sing it. Twenty-four hours before that was going to happen, his lawyers contacted us and said ‘James wants the percentage you were going to give him on that song, but he wants it for every track on the album.’ We couldn’t have done that, it would have bankrupted us. So I was moaning to someone at the Virgin office, and he said he knew Tina Turner. Next thing we knew, she was making us tea and serving us cake.”

Though that first collaboration missed the charts, they were then enlisted to write songs for Turner’s landmark album “Private Dancer.”

Was there any culture shock when R&B legends worked with English synthesizer players?

“Sure. But you have to keep in mind that we’re from Sheffield, and that’s a city that loves soul music. When we went to a club, the records we’d hear were Black American import records. Our whole intention was to make synthesizer music more human; hence the Human League. Even that first single, ‘Being Boiled’ was totally (inspired by) Parliament/Funkadelic.”

Heaven 17 continues with founding members Ware and singer Glenn Gregory; Marsh departed in 2006. Though both have high-level multimedia gigs, they’re also working on an album together. “We’re about three-quarters of the way through, but finding time to get together is difficult, and it takes some record-label money to do it at the level we’d be proud of. So if you have a suitcase full of money, we’re interested.”