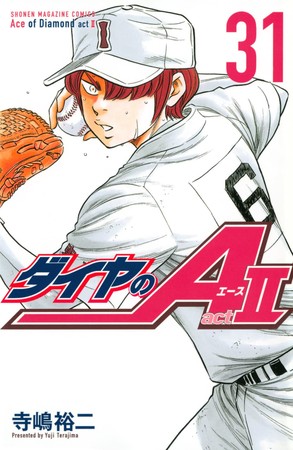 This year’s 46th issue of Kodansha‘s Weekly Shōnen Magazine magazine revealed on Wednesday that Yūji Terajima‘s Ace of Diamond Act II (Daiya no A Act II) sequel manga will end in two chapters. The final chapter is scheduled for the magazine’s 48th issue on October 26.

Ace of Diamond Act II inspired an anime that premiered in April 2019. Crunchyroll streamed the series as it aired in Japan.

Terajima launched the manga in Kodansha‘s Weekly Shōnen Magazine in 2006. He ended the first part of the manga in January 2015, and Kodansha published 47 volumes for the manga.