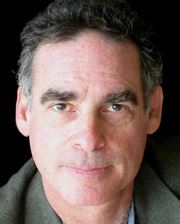 Rabson was born on June 14, 1954 in East Meadow, New York. He was a member of Johnny Carson’s “Mighty Carson Art Players,” where he performed and voiced characters in sketches.

In addition to Tetsuo in Akira, Rabson also had roles in the Mobile Suit Gundam – The Movie Trilogy, Royal Space Force – The Wings of Honnêamise, Gatchaman (G-Force), Ponyo, Black Magic M-66, and Street Fighter II V anime. He has also played characters in cartoons and animated movies such as Toy Story, A Bug’s Life, Monsters Inc.,, and Cars.