The official Pokémon YouTube channel began streaming two new videos on Friday for Pokémon Scarlet and Violet, the latest entries in the Pokémon game franchise. The first video is a follow-up to one posted on Wednesday, in which Levincia Gym’s electric-type leader Iono asked viewers to guess her partner Pokémon. Iono reveals that her partner is Bellibolt, an electric-type froglike Pokémon. The second video is a traditional gameplay trailer that previews Iono and Bellibolt: 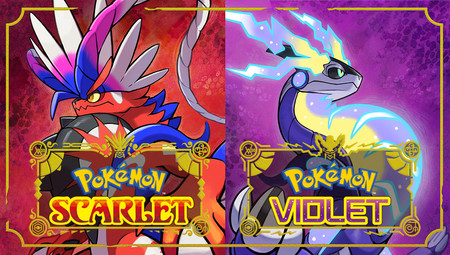 The games will launch on Nintendo Switch worldwide on November 18.

The games will have three main stories, one of which is the standard eight gym challenges. In Pokémon Scarlet/Violet, there is no set path so players can visit the gyms in any order. There will also be an overall “Treasure Hunt” in the new Paldea region. Players can ride the new cover legendaries Koraidon and Miraidon as a bike to traverse the world. The legendary partner offered will depend on the game version owned.

The games will feature a new Terastal phenomenon, in which Pokémon can Terastallize, becoming a glowing gem-like version of itself and boosting its move strength. All Pokémon can Teratallize. Some Pokémon will change types and have alternate forms when Terastallizing. Pikachu becomes a Flying-type with balloons on its back, and Eevee may become other Tera types in addition to its Normal-type form. Players can participate in Tera Raids with up to three other players to fight Terastallized Pokémon. In these battles, everyone can attack at the same time. The Union Circle also allows for co-op play outside of Tera Raids.

There will be a new “Let’s Go!” feature for the titles. The feature allows the players to send their Pokémon to independently explore an area in a specific direction. The feature also allows players to utilize a new game mechanic called “Auto Battles” that lets Pokémon earn items and experience points by battling and defeating wild Pokémon. Players can also craft TMs using the TM Machine and go on picnics with their Pokémon.

Flying Pikachu will be an early purchase bonus.

GAME FREAK is once again developing these games. The last brand-new main entries in the franchise were Pokémon Sword and Shield, which launched on Switch in November 2019.