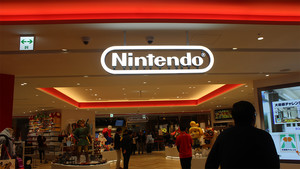 Nintendo announced on Thursday that it will open “Nintendo Osaka,” the Nintendo Store’s Osaka branch, on November 11. The store will sell original or licensed goods for games such as Super Mario Brothers, The Legend of Zelda, Splatoon, Animal Crossing, and others.

The store will hold its pre-open day on November 10. Nintendo‘s website is accepting applications until October 20 for up to 2,000 visitors on the pre-open day. The winners will be drawn by lottery.