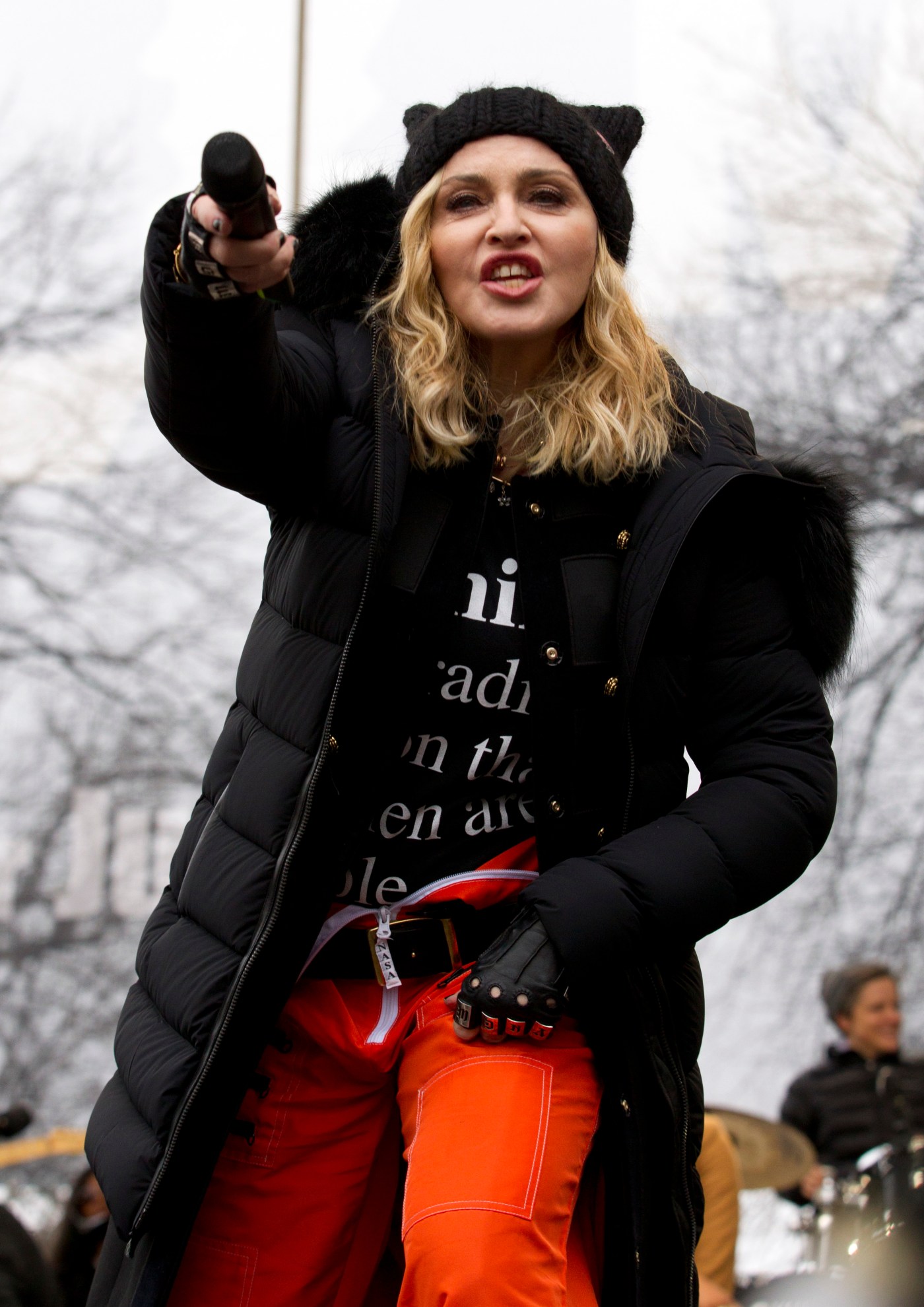 Ahead of Tuesday’s National Coming Out Day, Madonna has sparked a debate amongst her 1.6 million TikTok followers about her sexual preference.

With her latest social media antics, the pop star toyed with whether she is gay.

“If I miss, I’m Gay,” she waged with words that appeared on the screen as she attempted to toss a pair of pink underwear into the trash.

After she seemingly missed her mark on purpose, the newly pink-coiffed Madonna said, “Oh well.”

The Sunday TikTok post comes on the heels of the 64-year-old “Vogue” singer being spotted locking lips with Dominican rapper Tokischa. The 26-year-old recently collaborated with Madonna on “Hung Up on Tokischa,” which is a remix of her 2005 hit ”Hung Up.”

Long considered a gay icon and LGBTQ+ community ally, Madonna previously stated her beliefs that “everybody has a bisexual nature” during a 1991 interview with The Advocate.

But locking lips with younger female artists is nothing new for the “Suddenly Seeking Susan” star. In 2003, she shared a hot and steamy kiss with both Britney Spears and Christina Aguilera during their performance at the MTV Video Music Awards.

Madonna, who was recently romantically linked to her 26-year-old dancer Ahlamalik Williams, was married to actor and humanitarian Sean Penn from 1985 to 1989 and to filmmaker Guy Ritchie from 2000 to 2008.