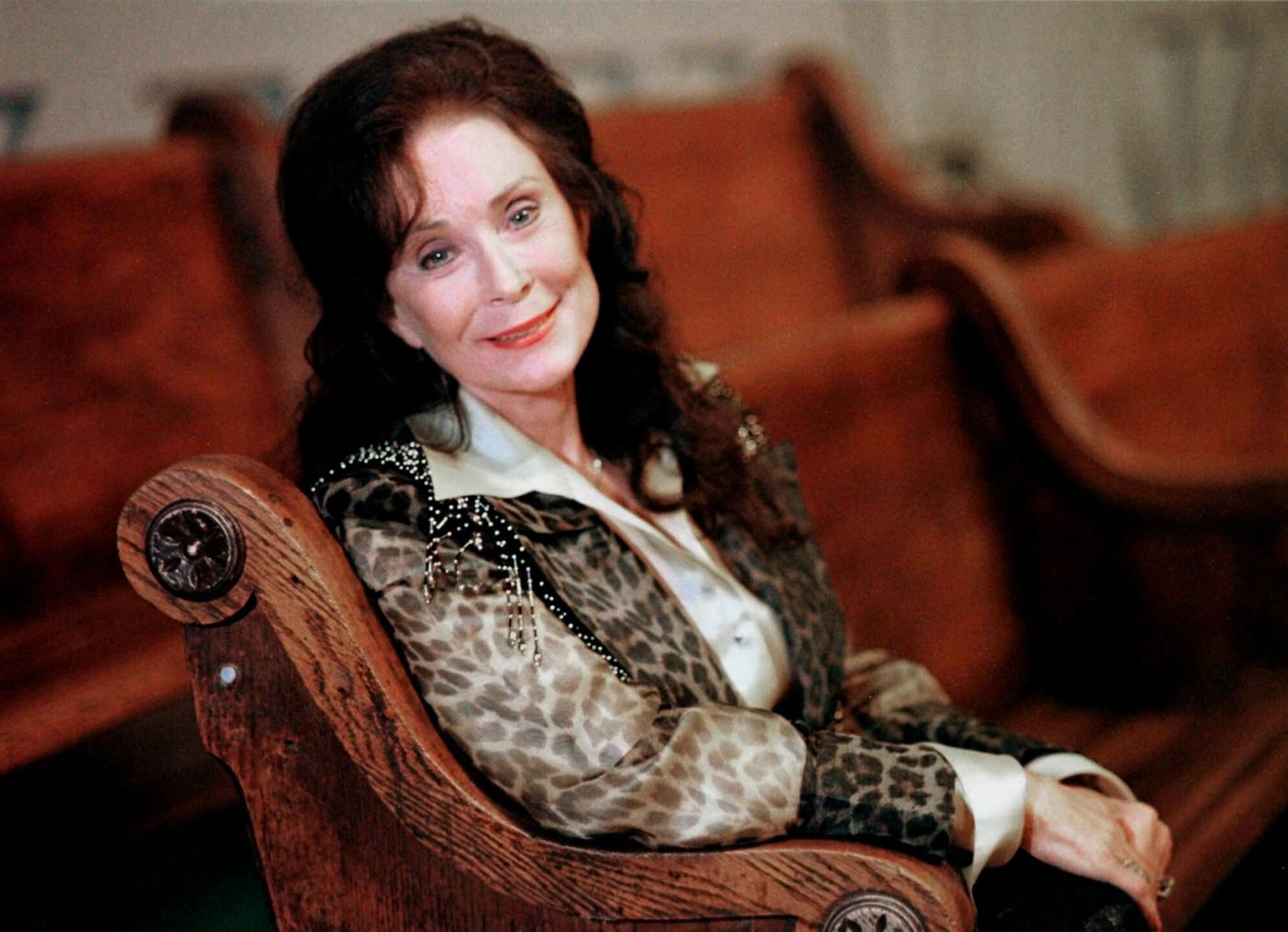 LEXINGTON, Ky. — Loretta Lynn, an iconic singer who at one time was known as the Queen of Country Music, has died, according to a statement her family provided to The Associated Press. She was 90.

Many remember Lynn as the Coal Miner’s Daughter — a phrase that refers to a hit song and album by Lynn, as well as a movie based on her autobiography.

Born Loretta Webb in 1932 in the coal mining community of Butcher Hollow, Kentucky, Lynn was one of eight children in a two-room log cabin. At 15 years old, she met Army veteran Doolittle “Mooney” Lynn at a pie social, and they got married a month later.

By the time she was 20, after the couple had moved to the state of Washington, she had four children.

“If I’m anything in this world, I’m a wife and mother,” she said in a 1990 Guideposts story. “I do enjoy my performing and musical career, but it’s my family that means most.”

Lynn learned to play the guitar and began singing in her spare time, according to the Songwriters Hall of Fame. She was spotted by Norm Burley during a televised talent contest, and he started a record label just to record her.

Among her first major hit songs were “Wine, Women and Song,” “Happy Birthday” and “Blue Kentucky Girl,” beginning a successful run of singles that neared the top of the country music charts.

“Such hits were early hints of Loretta’s undeniably strong female point of view — a perspective unique at the time both to country music specifically and to pop music generally and a trend in her music that became further pronounced as she began to write more of her own songs,” the Songwriters Hall of Fame said.

In 1970, three years after she won the inaugural Female Vocalist of the Year award at the Country Music Association Awards, Lynn recorded “Coal Miner’s Daughter,” which became her signature song, according to the Country Music Hall of Fame.

The song was also the name of her 1976 autobiography, which became a 1980 movie starring Sissy Spacek.

Widely successful as a solo act, Lynn also enjoyed acclaim as a duet partner with both Ernest Tubb and Conway Twitty. Some of her hit songs with Twitty included “Louisiana Woman, Mississippi Man” and “After the Fire is Gone,” helping the pair win every CMA award for Vocal Duo of the Year from 1972 to 1975, PBS reported.

“Everybody thought me and Conway had a thing going. And that’s the farthest from the truth,” Lynn told PBS. “I loved Conway as a friend, and my husband loved him. Conway was really the only one in the music business that Doo gave a dag-gone for.”

Accolades for Lynn include inductions into the Country Music Hall of Fame and Songwriters Hall of Fame. She was honored at The Kennedy Center in 2003 and won three Grammy awards, including a Lifetime Achievement Award.

Lynn continued to record music into the 21st century, including winning two Grammy awards with Jack White. In her January 2021 album, “Still Woman Enough,” Lynn recorded songs with some of the most iconic women in country music — Reba McEntire, Tanya Tucker and Carrie Underwood.

“I think she was a feminist long before her time, long before anybody knew what the word meant, because she lived it,” fellow country singer Trisha Yearwood said of Lynn. “She lives it to the fullest. Her music is ageless, her message real.”