The staff of Junji Ito Maniac: Japanese Tales of the Macabre, a new anime based on horror manga artist Junji Ito‘s various stories, revealed a new visual, new Ito stories to be included in the anime, and new cast members on Friday. 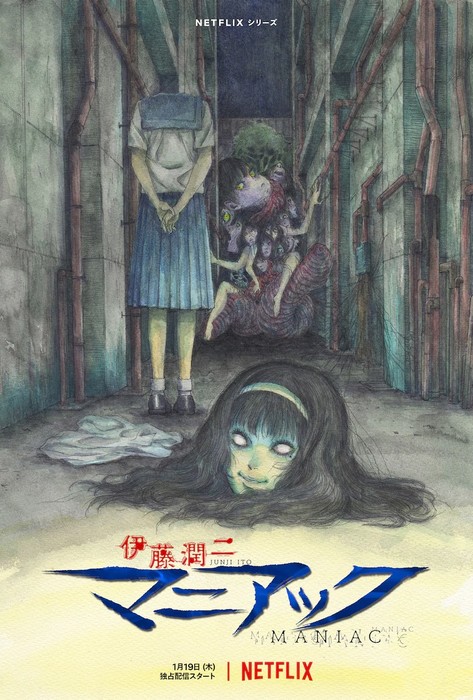 The new stories announced for the anime include “Ice Cream Bus,” “Bohyō no Machi” (“Tombs” or literally, Town of Tombs), “Zōsho Genei” (“Library of Illusions”), and “Kubi no Nai Chōkoku” (“Headless Sculptures”). “Ice Cream Bus” and “Tombs” have never officially appeared in English, though Viz Media has licensed the latter for its upcoming Tombs: Junji Ito Story Collection, which will ship on March 28, 2023.

The newly announced cast members include:

The anime will also include Ito’s “Where the Sandman Lives” (Suima no Heya) story.

Ito previously revealed that his Itō Junji Kesssaku-shū (Junji Ito Masterworks Collection) manga collection had a new anime project in the works. The manga collection features some of Ito’s more famous works and has 11 total volumes, published between 2011-2013.