Ilya Ilyukhin is described as a Russian in the manga, but as a Bulgarian in the anime

There’s an interesting discrepancy between the anime and manga versions of Love Flops. The character named Ilya Ilyukhin is described as a Russian in the manga, but as a Bulgarian in the anime’s first episode and on the anime’s website. 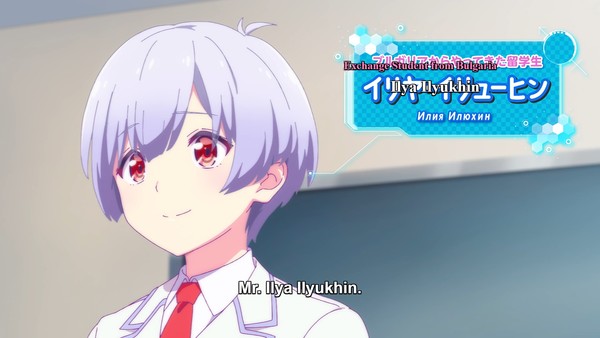 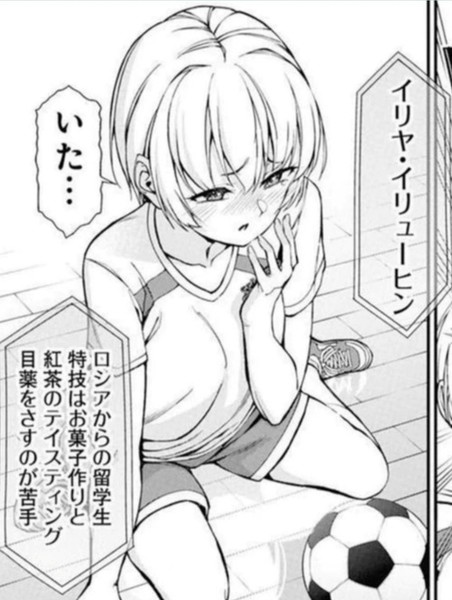 From Love Flops manga chapter 2. The bottom-left text bubble roughly translates to: “The exchange student from Russia. His special abilities are making sweets and tea tasting. He is bad at applying eyedrops.

Interestingly, the first chapter introduces Ilya as Bulgarian, but he is referred to as a Russian from the second chapter onward.

It is worth noting that Love Flops is an original television anime. The manga adaptation by Ryūdai Ishizaka (Iwa-Kakeru! -Climbing Girls-) launched on June 24, slightly ahead of the anime’s premiere on Wednesday. Thus, between the two versions, the anime is closer to being the “original source.”

The anime centers on Asahi Kashiwagi, a student who one morning runs into a series of unusual accidents on the way to school — all in accordance with a vague television fortune he watched that morning, and all culminating with an unfortunate encounter with a girl. Coincidentally, all the girls he meets are new students or teachers at his school. The series features characters from various nationalities.