Series started streaming in U.S. on Hulu on October 10 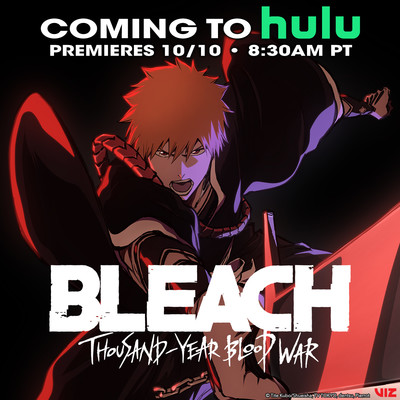 The official Twitter account for Disney+‘s Help service confirmed on Tuesday that it does not have any updates about the availability of the Bleach: Thousand-Year Blood War television anime in Latin America. Viz Media confirmed with ANN that Disney+ is the best resource for confirmation about releases of the anime territory-by-territory.

The anime will run for four cours (quarter of a year) with breaks in between. The show premiered on October 10 in Japan on TV Tokyo and its affiliates, and is streaming on 20+ services in Japan, including Hulu and Disney+.

Viz Media held the anime’s North American premiere at New York Comic Con on October 8. NYCC noted that the premiere event was ahead of a “simulcast” of the anime.

Tomohisa Taguchi (Twin Star Exorcists, Kino’s Journey – The Beautiful World, Akudama Drive) is replacing Noriyuki Abe to direct the anime at Studio Pierrot. Masashi Kudo is returning as the character designer, and Shiro Sagisu is returning to composing the music. Chainsaw Man’s Power Gets Figure With That Pose – Interest Anime