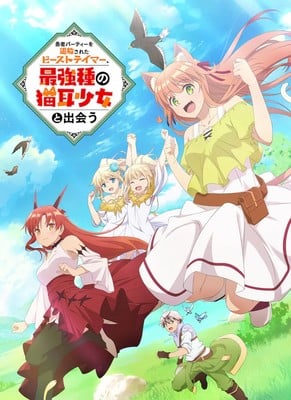 Crunchyroll announced on Friday the English dub casts and premieres for the Beast Tamer anime and the fourth season of the Golden Kamuy anime.

The English dub for Beast Tamer, the television anime of Suzu Miyama and Hotosouka‘s Yūsha Party wo Tsuihou Sareta Beast Tamer, Saikyōshu no Nekomimi Shōjo to Deau (The Beast Tamer Who Was Exiled from His Party Meets a Cat Girl From the Strongest Race) novels, will debut on Saturday.

The anime premiered on Tokyo MX on October 2. Crunchyroll is streaming the anime as it airs in Japan.

The story follows Beast Tamer Rein, who is banished from the hero’s party, because he can only use animals. He becomes an adventurer and meets a cat girl, who is part of the strongest species. 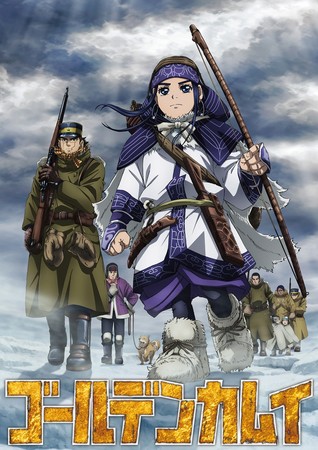 The English dub for the fourth season of the Golden Kamuy anime will premiere on Monday.

Jeremy Inman is directing the English dub. Paul Cline is the lead ADR engineer. Alex Mai is writing the English script with supervision by Bonny Clinkenbeard. Benjamin Tehrani is in charge of ADR prep.

The anime premiered on Tokyo MX, YTV, Hokkaido Broadcasting, and BS11 on October 3. Crunchyroll is streaming the anime as it airs in Japan.

Viz Media is releasing the manga in English, and it describes the first volume:

In the early twentieth century, Russo-Japanese War veteran Saichi “Immortal” Sugimoto scratches out a meager existence during the postwar gold rush in the wilderness of Hokkaido. When he stumbles across a map to a fortune in hidden Ainu gold, he sets off on a treacherous quest to find it. But Sugimoto is not the only interested party, and everyone who knows about the gold will kill to possess it! Faced with the harsh conditions of the northern wilderness, ruthless criminals and rogue Japanese soldiers, Sugimoto will need all his skills and luck—and the help of an Ainu girl named Asirpa—to survive.

Brains Base is animating the new season instead of Geno Studio. Shizutaka Sugahara (D-Frag!) is the chief director, replacing director Hitoshi Nanba. Noboru Takagi is returning to oversee the series scripts. Takumi Yamakawa is th