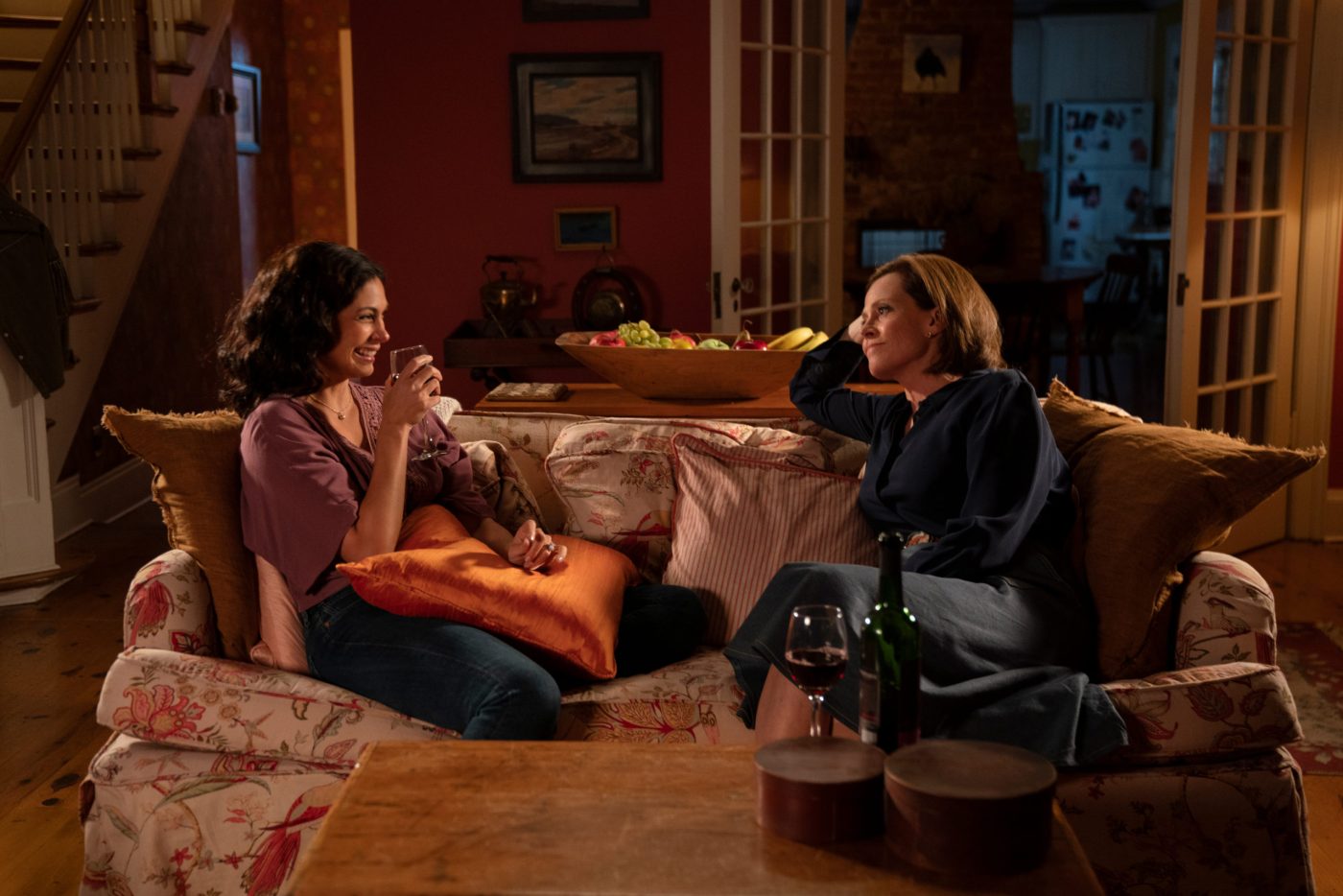 A showcase for Massachusetts’ North Shore and the bravura of three-time Academy Award nominee Sigourney Weaver, “The Good House” labors under the burden of a flawed and mediocre screenplay, a problem that is impossible for either Weaver or the scenery to overcome. Weaver plays 60-ish Hildy Good, a present-day North Shore real estate agent and the perhaps telepathic, direct descendant of the hanged Salem witch Sarah Good. Hildy, whose mother was an alcoholic, has a drinking problem of her own, two grown-up daughters, Emily (Molly Brown) and Tess (Rebecca Henderson), who rely on her for money, and an ex-husband named Scott (David Rasche), who is now married to a man.

As one can see, “The Good House” has no shortage of characters or acting talent. Directors Maya Forbes (“The Polka King”) of Cambridge and the Brahmin Forbes clan and Wallace Wolodarsky (“Seeing Other People”) are writing partners (“The Rocker”) and married partners, too. The screenplay by Forbes, Wolodarsky and Thomas Bezucha (“Let Him Go”) is based on a 2013 novel by Ann Leary (wife of Denis Leary) and combines scenes in which Weaver addresses the camera directly, a distracting and tiresome device, with small, prosperous-town cliches, including the high cost of coffee.

The film’s setting is the fictional seaside town of Wendover, a stand in for Marblehead, from which author Leary hails. Tooling around in her leased Range Rover, Hildy tell us she doesn’t “think things through.” She worked herself through UMass and sorely needs “a good year.” Hildy has three dogs and keeps a box of wine in the shed in the back, which she moves to the basement when it gets cold. Her family stages an intervention before we really know that Hildy is an addict. But Hildy soon relapses. Someone mentions the “witches of Wendover,” a reference to former Beverly resident John Updike’s much better Long Island-set 1984 novel “The Witches of Eastwick.” We hear that Peter’s father was very hard on him as a boy, but we typically don’t hear enough about it. At a Thanksgiving dinner, Hildy sneaks vodka into her supposedly non-alcoholic Bloody Marys. Perhaps even worse, she sings a Gordon Lightfoot song with Scott, singing and accompanying on guitar.

Did I mention that these people are not a lot of fun to be around? Tess is a classic Millennial scold. Hildy is a disaster and a DUI waiting to happen, again. The others are just narcissists. The beige-and-green color scheme does not help. In terms of films about alcoholism, “The Good House” pales beside “The Lost Weekend,” “Leaving Las Vegas” and the recent “Another Round.” This may be because “The Good House” is a comedy of manners. Beverly D’Angelo shows up as another, hard-drinking local. Paul Guilfoyle serves as some sort of Wendover Greek Chorus sitting outside an expensive coffee shop. Weaver and Kline are fun together. But they don’t have a lot of chemistry. If “The Good House,” which was shot in Canada, was designed to get Weaver another Oscar nod, I’m afraid it won’t. But using Joan Armatrading’s monumental “Down to Zero” over the end credits is a nice touch.