Seven Seas announced on Twitter on Wednesday that it has licensed A Story of Seven Lives, The Great Snake’s Bride, and Last Game manga.

Seven Seas will release the entire three-volume series of Gin Shirakawa’s A Story of Seven Lives (Gojussenchi no Isshо̄) manga as a single omnibus volume physically and digitally in May 2023.

On the mean streets of Tokyo, countless stray cats scrounge and struggle to survive. Nanao is one of them: he used to be a house cat, but after tragedy struck he had to make it on his own, relying only on fellow stray cat Machi for help. When some people start feeding the strays in their neighborhood, Nanao cautiously starts to bond with them. But the humans–a brother and sister who run a bathhouse–have issues and wounds of their own. Can Nanao help them heal, and perhaps find a new home in the process? A heart-tugging tale of family and survival!

Shirakawa launched the manga in February 2018 on Kadokawa‘s COMIC it website and app. The manga’s third and final compiled book volume shipped in Japan in June 2019. 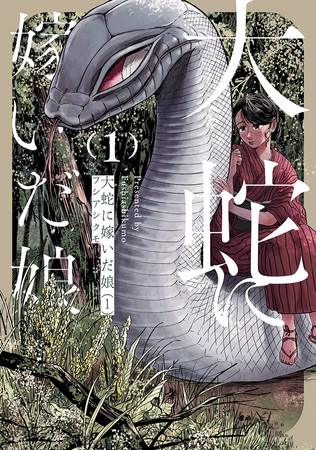 For 500 years, a giant snake god has lived in the ancient mountain. Miyo, an unlucky young woman from the nearby village, has been offered as a tribute: she is to be the snake’s bride. Miyo always feared that the enormous talking snake would devour her whole, but once she’s taken in by the god, he treats her like a wife rather than a meal. His flicking tongue vibrates through gentle words, his powerful slithering body wraps around hers in an embrace. This god is kinder than his monstrous form implies, and Miyo thinks she could learn to appreciate the non-human form his love takes. What does it truly mean to be the bride of a beast…?

The manga launched in Kadokawa‘s Comic Marche in February 2021. The manga’s third compiled book volume shipped in Japan on Wednesday. 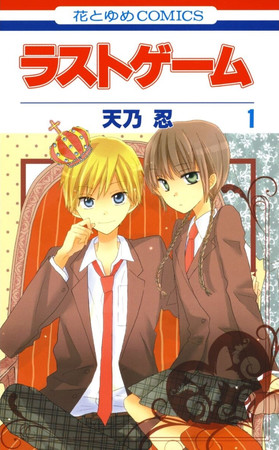 Seven Seas will release the first volume of Shinobu Amano‘s Last Game manga in its original black and white edition physically in May 2023 with a ebook available on digital platforms.

In elementary school, the rich and spoiled Yanagi Naoto was known for excelling in both studies and sports. But then he suffered the first setback of his life when Kujou Mikoto, a girl from a poor family, transferred to his school and performed better than Naoto at every turn. Reeling from this unforgivable blow to his pride, Naoto decided that he had to make Mikoto lose at something…by making her lose her heart to him, which he could then break! Now that they’re both in college, will Naoto finally be able to win Mikoto’s affections–or will he lose this final game with her?

Amano launched the manga in Hakusensha‘s LaLa magazine in July 2011 and ran until 2016. The manga had 11 compiled book volumes in total.