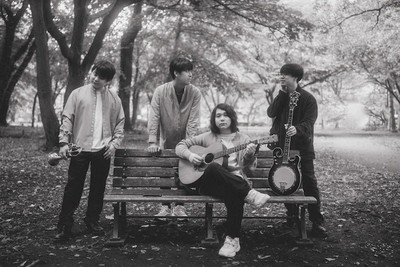 Rock band Galileo Galilei announced on Wednesday that they are reforming with two original founding members, vocalist and guitarist Yuki Ozaki and drummer Kazuki Ozak. Joining the newest lineup are the band’s former guitarist Fumito Iwai (who left the band in 2012) and new bassist Masaki Okazaki (who also played with Yuki Ozaki in the BBHF and warbear groups).

The new band will have a new concert tour titled “Bee and the Whales Tour 2023,” which will have concerts in Zepp Sapporo on May 31, Zepp Nagoya on June 8, Zepp Namba in Osaka on June 9, Zepp Fukuoka on June 21, and Zepp Haneda in Tokyo on June 24.

The band broke up in 2016 after a then-final tour. The band also released their fourth and then-final album Sea and The Darkness in the same year.

The rock band formed in Hokkaido in 2007, and made their debut on a major label in February 2010 with the mini album Hamanasu no Hana. They previously contributed to the soundtracks of anohana: The Flower We Saw That Day (as well as its live-action TV special adaptation), Mobile Suit Gundam AGE, Big Windup! Season 2, and Taifū no Noruda. The band performed the song “Climber” as the Haikyu!! Second Season anime’s ending theme. Band member Yuki Ozaki contributed to Hamatora‘s opening theme song “Flat” by Livetune. Ozaki also collaborated with guitarist Kōtarō Oshio to perform the theme song for the Dōkyūsei anime film. The band launched a series of anime shorts in 2010.