Bushiroad‘s D4DJ project announced a new unit on Tuesday. Among the four new members, Kokoa Shinomiya and Hayate Tendо̄ are particularly notable to fans because their profiles state that the two are in a romantic relationship. 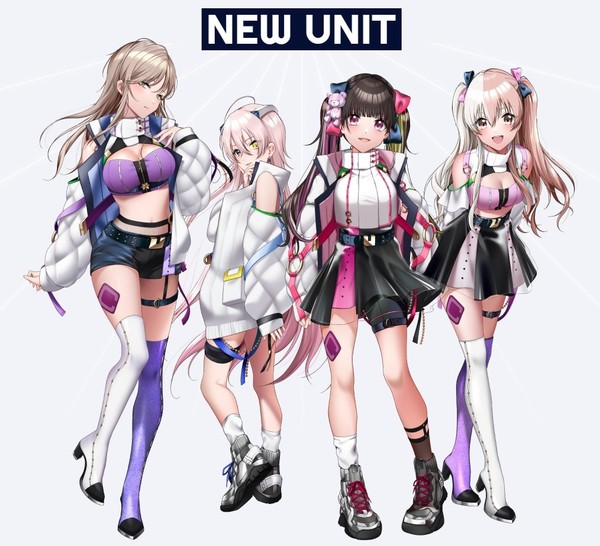 According to Kokoa’s profile, she formed a two-person unit with Hayate when they were in middle school, and now their relationship has progressed to the point where they are dating. Hayate’s profile also states that she is “currently dating Kokoa.”

Both girls attend Arisugawa Academy. Kokoa is an honor student who has a sharp-tongued and strong-willed side, while Hayate grew up as a loner, but came out of her shell after hearing Kokoa’s songs. She started writing poems for the first time and discovered her talent for song-writing.

The franchise‘s English Twitter account gave a shout out to the two characters and the LGBTQ+ community.

The other two members of the unit are Michiru Kaibara and Lumina Ichihoshi. Michiru is a fast learner and the top DJ of the group, while Lumina is a popular virtual singer who proposed creating a four-person unit.

The new unit was announced as part of the D4DJ Groovy Mix smartphone game’s second anniversary, and they appear in Part 3 of the main story.

D4DJ First Mix, the main television anime in the franchise, premiered in Japan in October 2020. A series of anime shorts titled Pucchimiku D4DJ Petit Mix began airing within the franchise‘s variety program D4DJ Photon Maiden TV in February 2021. The D4DJ Double Mix special premiered on August 19. The special is a self-contained episode centering around the Merm4id and Rondo groups.

A second season of the main series, titled D4DJ All Mix, will premiere in winter 2023.