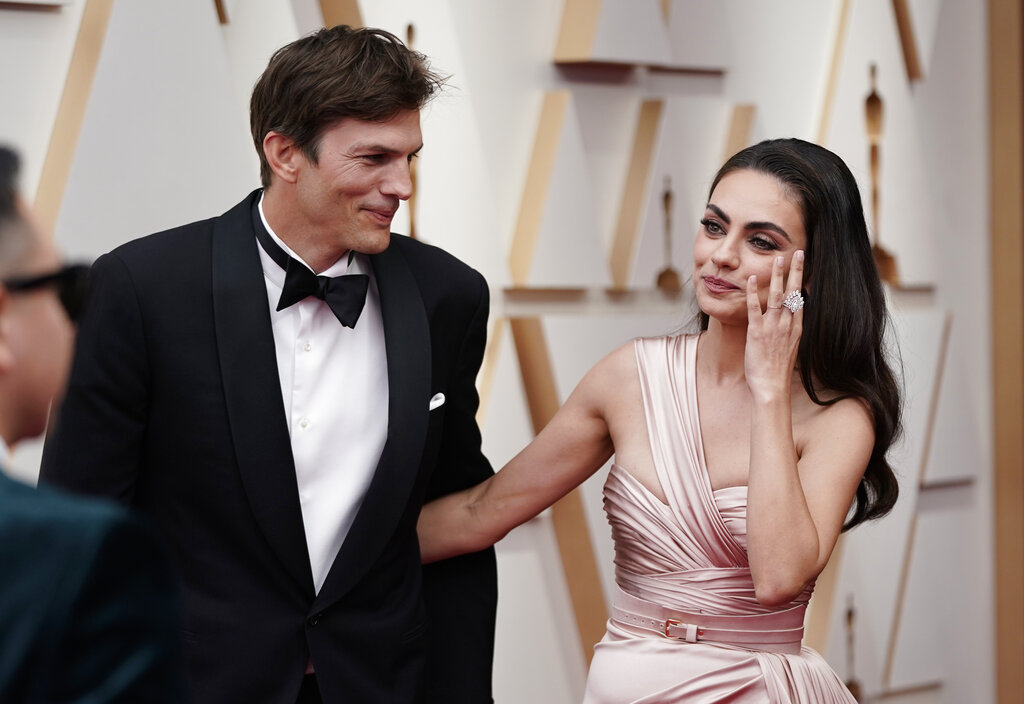 And the award for standing your ground goes to …

Mila Kunis is opening up about the “no-brainer” of refusing, along with husband Ashton Kutcher, to give Will Smith a standing ovation at this year’s Oscars as he accepted the best actor for his role in “King Richard” shortly after slapping host Chris Rock for a joke made about wife Jada Pinkett Smith.

“The idea of leading by example only makes sense when you actually have someone to lead,” the “That ‘70s Show” alum, 39, told C Magazine in a new interview.

“We have our tiny little tribe here at home,” she said of daughter Wyatt, 7, and son Dmitri, 5, adding that “never once do I want to tell them to do something if I’m not willing to do it myself. Not standing up to me was a no-brainer, but what was shocking to me was how many people did stand up. I thought, wow, what a time we’re living in that rather than do what’s right, people focus on doing what looks good. It’s insane to me.”

Smith slapped the New York-raised comedian after the latter compared Pinkett Smith’s shorter hair, due to alopecia, to “G.I. Jane 2.” The incident resulted in a formal review by the Academy of Motion Picture Arts and Sciences and a 10-year ban on Smith’s attendance at any academy events.

Kunis, who was born in Ukraine, and Kutcher earlier this year have raised close to $40 million to help those affected by the war in her home country — an act that placed the actress on Time magazine’s list of 100 Most Influential People of 2022.

Though she identifies as American, having moved to the United States at 7 and “assimilated so quickly,” Kunis said the war “gave me a sense of identity larger than being just American. Having kids changes your perspective.”

She noted that she went from trying to be “more successful at work” to being “a person that I want my kids to admire.”

“When the war broke out, my kids identified that Ukraine was a part of me before I did,” said Kunis, noting she doesn’t speak the language and only speaks a little bit of Russian. “They were like, ‘Mom, isn’t that where you’re from? Do we have family there? There’s a war happening — what are we doing about it?’”