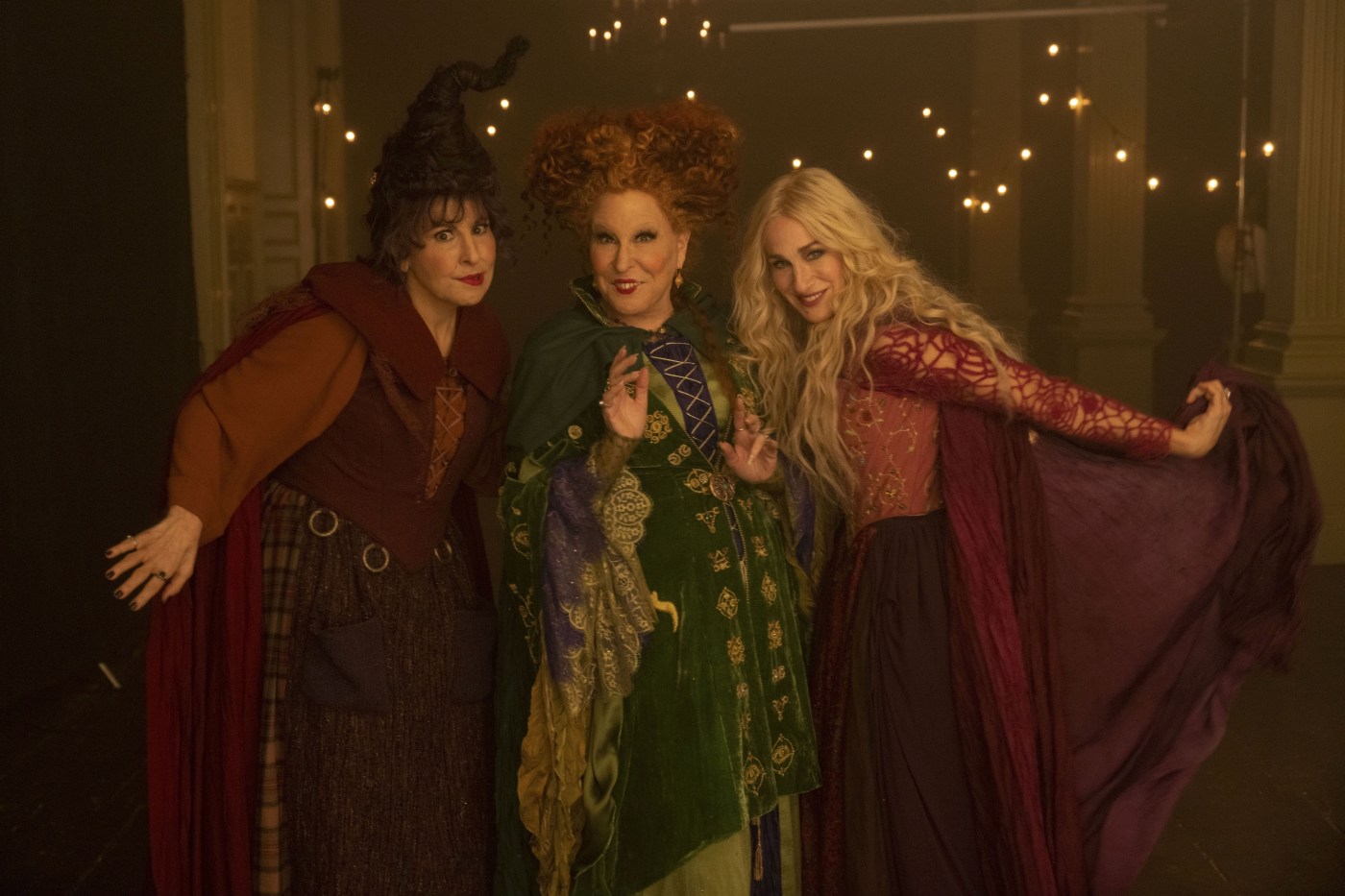 The Sanderson sisters are back! While it may have taken nearly 30 years, who’s really counting as “Hocus Pocus 2” streams this weekend on Disney+?

The original 1993 comedy that teamed Midler, now 76, with Kathy Najimy — as Mary Sanderson — and a 27-year-old Sarah Jessica Parker — Sarah Sanderson — was neither a critical nor financial success. Credit its repeated airings on TV to foster a fan base and eventually qualify as a cult film.

“A dream come true,” said Midler of this resurrection. It’s a familiar phenomenon — she triumphed in a Tony-winning “Hello, Dolly!” Broadway revival. “I won’t say I was agitating for this to happen,” she continued, “but I didn’t believe it would happen — until the day finally came.

“When I finally realized we’re really going to do this and realized that (the original) was a phenomenon, I started asking my agent, ‘Don’t you think they would be interested in a sequel?’

Parker had been announced for the press conference but passed to support a New York City Ballet fund-raising benefit as the night’s honoree.

Najimy, 65, noted how unexpected the “Hocus Pocus” journey has been from the start.

“I don’t think anyone could have ever decided it ahead of time. You make a film and the audience receives it.”

The appeal of the original however is easy to understand: “It’s a ‘Wizard of Oz’-ish story. The generations show it to their kids, and their kids, and it becomes a fabric of the history of the family, a perennial for people to watch.”

“In this world, there is so much going on that we never really realized until the last 20 (or 30 or 50) years! Things have changed for women. But things have not changed fast enough.

“These characters in an odd way are quite positive for women. They’re seriously funny, which women aren’t supposed to be. They’re intensely loyal to each other. It’s a broad range of emotions that they live through their bond, which is very strong in any situation.

“This proves that when women have a bond or a sisterhood, it is very important. We’re a very decisive group showing women can be decisive.” How Jadore Is Perfect Balance Between Sales & Storefronts Latest News