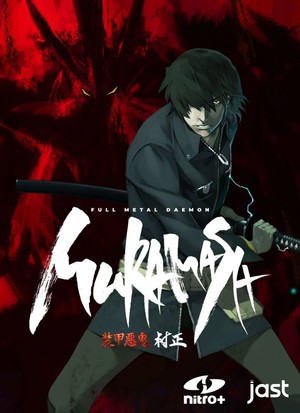 Last Thursday, Spike Chunsoft announced that it will again release the Chaos;HEAd Noah game on Steam after Valve, the operator of Steam, reversed its decision to disallow the game based on its guidelines. This news sparked hope among visual novel fans that Valve may reverse its decisions on previously banned titles, but JAST USA stated this Thursday that after being in contact with Valve, the Full Metal Daemon Muramasa game will still not be available on Steam.

“There has been some interest in a #SaveMuramasa campaign to get Full Metal Daemon Muramasa’s Steam ban reversed. We reached out to Valve in light of the Chaos;HEAd situation, and they assured us ‘We are not re-reviewing previously banned apps’,” the company wrote on Twitter.

The publisher describes the game as follows:

This is not a story of heroes.

Since time immemorial, warriors called musha have ruled the battlefield, granted supernatural power by their enchanted suits of armor – tsurugi.

Minato Kageaki is one such musha, driven by duty to don his crimson armor and challenge the greatest evils of an age. But though madmen and tyrants fall to his blade, never will he claim that his battle is right.

For the tsurugi he wields is cursed Muramasa, which five centuries ago brought ruin to the land, and innocent blood is the price it demands in exchange for its terrible might.

These words are an oath, the unbreakable Law binding him to his armor. But they also tell the story of his past, and of the future to come.

Rooted in traditional warrior philosophy and packed full of action, drama, and humor, this epic visual novel is an experience you’ll never forget.

Valve’s content review team, the group that made the original decision, has re-examined CHAOS;HEAD NOAH and decided to reverse course and allow the game to ship on Steam, as is. We’ve also examined the process that led to the previous decision about CHAOS;HEAD NOAH, and made some changes to avoid situations like this in the future.

The game released on Steam last Friday, its originally scheduled date. Spike Chunsoft also released Chaos;HEAd and Chaos;Child in a “Double Pack” for Nintendo Switch in the West on the same date.