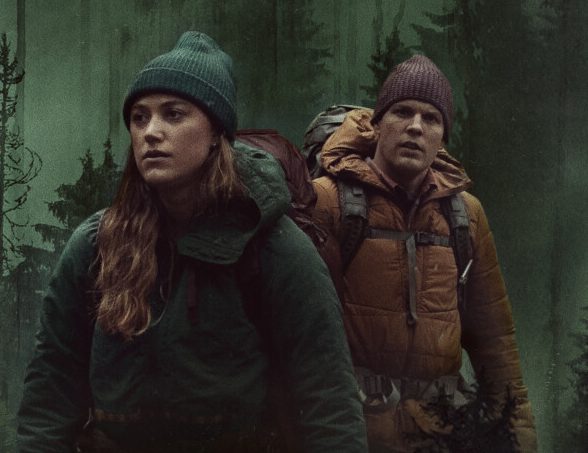 “Significant Other” on Paramount+ rates as an actors’ dream as one couple carries the day.

Jake Lacy (“The White Lotus”) and Maika Monroe (“Watcher”) are Harry and Ruth, off on a backpacking weekend in the Pacific Northwest. While they sightsee, hike, cook and shelter in their nylon tent, other nearby happenings are going to rock the world they know.

For Lacy, 37, “Significant” and this week’s true-crime Peacock series “A Friend of the Family,” represent follow-ups to his Emmy-nominated turn in “White Lotus.”

“I’m always just looking for good material. If that happens to be a satire, a psychological thriller, a horror story, I’ll jump in there,” he said.

The backpacking experience prompts questions about how fun can a vacation be with bugs, rain and cold.

“I grew up in the Northeast with a lot of weekend camping, backpacking, Boy Scouts and canoe trips. I’m from a childhood well-versed in the highs and lows of just being outdoors for an extended period.

“I have two kids,” added this married dad, “but we’ve been traveling so much for work that we haven’t really gotten the opportunity to take them on a weekend camping trip.”

Filming in the woods had its own drama before cameras rolled.

“I particularly love trail running but the production was more concerned about it than I was. They’re ‘Jake, I know you have the bravado but if you break an arm, we’re kind of screwed. So be cool.’

“They were taking all the precautions: ‘We swept this entire area for roots, rocks and limbs, so you’re safe to run through here.’

“But there’s a scene by a cliff. Not a green screen of a cliff. It’s a cliff. There’s a drop that’s hundreds of feet. They had safety guys there. It’s roped off, people are wearing harnesses. All precautions have been taken.

“And Bobby Olsen, one of the two directors, would run from the monitors to give us notes — because we were shooting with natural light and he didn’t want to have to adjust for it.

“And he would continually be literally running toward the edge. We’re like, ‘Bobby! Bobby! Bobby! Just walk. Please do not dive off this cliff. It will really screw up our schedule.’”

Lacy ends up swirling in the Pacific, “The most brutal part of the film,” he conceded. But the anticipation was worse than the experience.

“At first it was so cold that I thought, ‘This is crazy.’ But what we’re doing is so vigorous in the water I was thrilled just to be out there splashing in the waves. It was awesome.”

“Significant Other” streams Friday on Paramount+.