There’s no beating around the bush: Gundam Evolution is a Gundam-flavored take on Overwatch, plain and simple. You’ve got the same general set-up: the famed mobile suits are stand-ins for Overwatch’s heroes, the game rules are largely the same… about the biggest difference is that Gundam Evolution is free-to-play and has a nifty dash feature. Now, there are worst things you can do that be “X, but Y”, and Gundam Evolution has plenty of merit for people looking for an alternative to Overwatch. But what about Gundam fans? 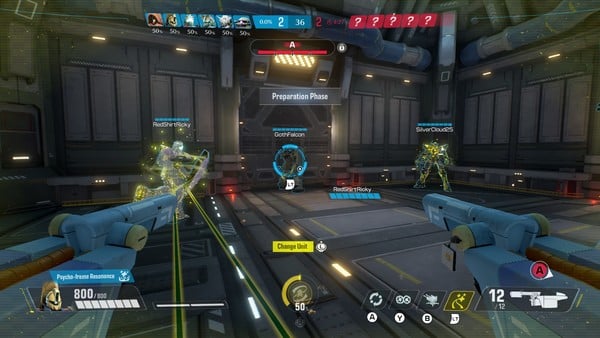 Well, for starters, your selection of mobile suits is actually quite varied. Gundam Evolution avoids the “Oops! All Gokus!” problem by allowing players to use a vast array of mobile suits from all across the franchise. For a series titled “Gundam Evolution”, there are only about five playable Gundams in a roster of 17 units (Unicorn, Exia, Barbatos, Turn A, and RX-78-2). Sure, you could have stuck to the posterchildren: the Wing Zero is your flying sniper, the God Gundam is your close-range slugger, so on. I appreciate the effort in giving players weirder units to use, with more coming down the pipes in later seasons. This does lead to some degree of confusion though: it’s not apparent at first glance what each mobile suit does. In a team-based shooter, your individual hero’s abilities are paramount to a balanced team. Here, you have to go into some menus to see what each unit specializes in. Some things are obvious, like the Zaku II being a ranged fighter or the Barbatos being a melee unit, but others less so. It took me a few matches to discover the Methuss was a support unit based around healing (which made it my favorite). It doesn’t help that many units have an outright strange blend of abilities. The Turn A has a grappling move and a charge-shot, but it can also heal itself over time. The Mahiroo can launch grenades that bounce off of walls, but it can also kick-flip off of enemies. Without any clear indicator of what each unit really does or how it contributes to a team, new players are left fairly in the lurch as far as which unit is best for any situation, especially since Gundam Evolution doesn’t really give players any indicator of whether their team is balanced or not.

What about the match types? Well, they’re fun! With the issue surrounding team composition, it can be very easy to get bottlenecked by the opposing team, especially if you’re saddled up with inexperienced players. There don’t seem to be terribly many maps—I’d estimate about three maps per stage type—and very few (specifically, the harbor) feel like they take the Gundams’ size into account, with many just feeling like generic industrial hallways in canyons. But the matches themselves are intense, and things work. When things come down to the wire and the intense music starts playing as the last minute runs out on the clock and your team is trying to oust the opposing team from a checkpoint, your blood gets pumping—that’s as good a recommendation as I can give for a team-based shooter. 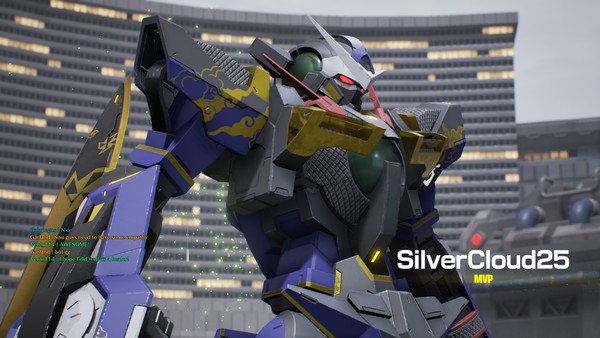 So here we have to talk about the unfun parts: the monetization. The good news: Gundam Evolution offers skins for units and weapons in their cash shop, and these can be bought in sets for a limited time. The game is free-to-play, so there’s more incentive to actually spend money in the cash shop to support it, unlike if it were a retail release. And you can also purchase skins, charms, profile pics, and emotes independently of them being in lootboxes. So right off the bat, Gundam Evolution doesn’t feel like it’s hounding after your money. It’s still got the regular bevy of season passes that gate off currencies and skins, and I am very much not a fan of those. But again: being a free-to-play game makes the investments seem a bit more worthwhile, especially since there are alternatives to getting the skins you want.

So that just leaves the “Gundam” part, and in a way I feel like the fanservice could have been handled better. It is very appreciable that Gundam Evolution strives to be an enjoyable game first, and a Gundam game second—again, I can’t imagine how annoying it would’ve been if the roster was all Gundams. And you occasionally get some nice audio callbacks, like certain sound effects from the shows. But that’s about it; none of the stages call back to specific areas from the anime, none of the voices belong to characters from the many shows, you don’t even get musical callbacks. It’s likely the likes of Michael Kopsa or Brad Swaile wouldn’t have been available to voice Char Aznable, Amuro Ray, or Setsuna F. Seiei as they pilot their respective suits… but it would have been a very appreciated touch. It would have been a bit hard to finagle the White Base or the Axis asteroid into a playable stage, say, for a Destruction match… but it would’ve made for a good call-back. The rights to any of the original music from the shows would have been a challenge to acquire… but hearing Power from Gundam 00 as a flourish when a Gundam Exia is on a roll or wins MVP for the match would have been a great flex. Gundam has an extensive legacy to it, and it’s a shame that this game doesn’t really tap into it all that much. 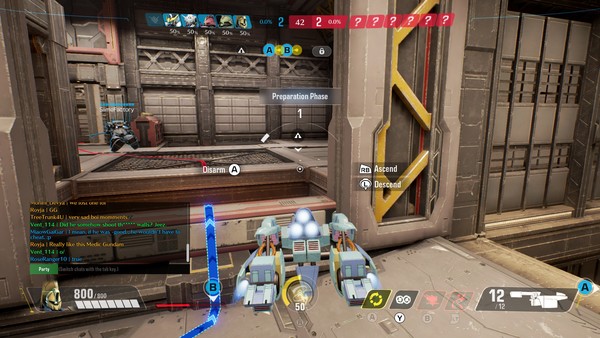 There are also some other minor factors that hinder gameplay a bit. Communication can be a challenge, as the text system has a real Scunthorpe problem—you can’t even mention the Assimar unit’s name, for example, because a certain part of the name gets blocked out. Also, the word filter doesn’t like the words “does” or “pocket”. (A pity for fans of Mobile Suit Gundam 0080: War in the Pocket, to be sure.) There are some glitches, such as one I saw occur to some teammates in some matches where they spawned without their weapons and had to respawn at camp to regain them. Hackers are not particularly plentiful, but they are present, and there are no means of reporting them. And as mentioned earlier, Gundam Evolution really could stand to have a clearer interface when it comes to breaking down what each unit can do and how it can contribute to a team.

I nevertheless feel very comfortable recommending Gundam Evolution. As of release, it has a very promising platform upon which to establish itself. The question is whether it can build and improve in order to survive longer than a few months. For now, I guess it’s enough to like the cool robots.